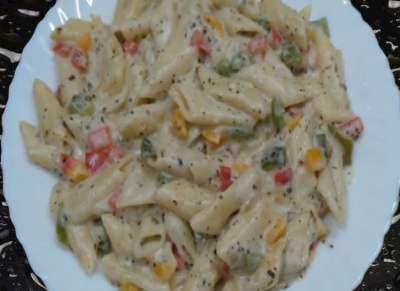 What is white sauce pasta called?

Basically, white sauce pasta which is also known as béchamel sauce pasta is pasta whose base is white in color. To thicken the sauces, stews, soups, and gravy, equal parts of fat and flour by weight cooked together.
First butter or oil melted and the flour was added to it. Then it is mixed for some time and milk is added to it. Then it is blended until it becomes smooth. After that, it is cooked until its color becomes brown at the required level.
This way the base is provided for the dish, and then other ingredients are added to it. Since this base is made from butter, milk, and flour it’s colored white and it is called white sauce. And Pasta prepared with this white sauce is called white sauce pasta or béchamel sauce pasta.

What is creamy white sauce pasta?

What is red sauce pasta?

This is a type of pasta dish which is prepared using tomatoes, pasta, minced garlic, onions, red peppers ( Kashmiri bell peppers) and vegetables. In some recipes, they add heavy cream also.
Some people like non-vegetarian pasta. They are adding prawns or chicken in it. But we should not use chicken breast or chicken with bones. We should use boneless chicken
Since tomatoes and red peppers are used in this recipe its sauce gets a red or bright color. Because of its red color, it’s called red sauce pasta.
Red the sauce recipe is healthy and delicious kids’ favorite pasta.recipe. We can prepare for their school tiffin as well as for dinner in the evening.
. 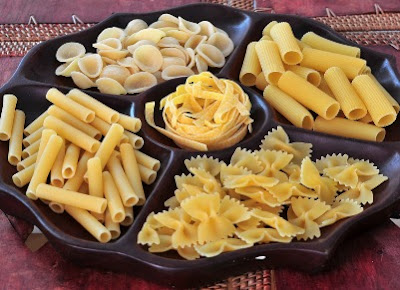 Pasta is a food made from eggs mixed dough of wheat flour. It can be divided into two basic dried and fresh categories. By an extrusion process, most dried pasta is commercially produced.
It is made in different shapes. While fresh pasta is produced traditionally by hand or by some simple machines at home.
Compared to fresh pasta, dried pasta has a longer life and can be shifted to farther locations. Dried pasta is easy to store. Also, dried pasta will grow to double its original size when cooked.
Originally pasta products are from Italy. Solely a part of European cuisine, especially Italian cuisine. As per known history, it was first to produce in the 13th or 14th century in Italy. And for its easy storage dried pasta became popular in the 14th and 15th centuries.
While exploring the new world they store dried pasta on their ships. In the next 100 years, voyagers introduce dried pasta to the world.

What is penne pasta?

An extruded type of dried pasta that is cylindrical in shape and its ends are cut in the shape of fountain pen’s steel nibs is called penne pasta. This type of pasta can also be either smooth or ridged in texture.
So penne pasta is also the same pasta as other pasta. It’s named as penne pastabecause of its shape. Penne is an Italian pronunciation of pen. 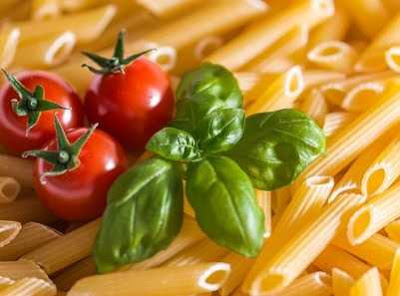 In 1865 a pasta maker asked for and obtained a diagonal cutting machine. Cut the fresh pasta in a length of 3 and 5 cm in size and shape of pen nib without crushing it. Thus penne pasta was invented.


Other recipes for you

I hope you like my other dish recipes like Moong Dal Kachori, Puran Poli, Frankie Roll, Soybean Kebabs, Medu Wada and Halwa Puri. Apart from this, you can see my other types of recipes as well,